Google Adwords and the 4 Pack 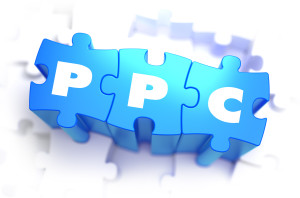 Last month Google decided to call it a day on sidebar advertising for its paid search product, known as Adwords, leaving only a top 4 Ad Pack with a few other paid ads under the organic SERP results.

It came as no surprise to us that they did this, but rather than jump on the bandwagon and look to forecast in panic what will happen with PPC and organic SEO results we decided to wait until things settle and then report back.

First off the sky didn’t fall in for anyone and SEO is still just as important to many of our clients as it was before the Adwords change.

Feedback from the online twitter mob suggested Google expanding its Ad Pack would be the death knell for organic rankings and SEO’s would become even less important in the online eco-marketing system. My own thoughts were that the top of Page 2 would become the battleground for organic results. I still harbour these thoughts and I believe Google’s next test will be to expand its ad pack to 6 paid results at the top and push organic results way below the fold.

It will be a slow, gradual change to increase the ad pack, as I feel Google can’t afford to alienate their users, though increasingly this sounds like this could be happening as there is an increase in searches over at DuckDuckGo.com, but that maybe more to do with users privacy.

Talking of users, Google has to be careful it doesn’t alienate users with highly specific ad results that deliver people to poorly performing pages. By now it’s evident Google is confident that most PPC advertisers are delivering websites that deliver a positive experience for its users.  Without this I do not think Google would have got rid of side bar advertising.

So what about cost per clicks – have they rocketed?

In our experience, not really.  Or at least… not yet.

We’ve adopted an approach that keeps the client in the top 4 Ad Pack and it hasn’t across the board generated significant increases in PPC costs or lost clients valued positions in Ad Rank.

As advertisers get used to the changes then they’ll likely regain confidence and begin to bid up so we may see big bidding wars in the future pushing the smaller advertisers out. In my opinion they’ll just head to pastures new like Facebook in a bid to win new business from this platform. Possibly a case of too little too late if they don’t think ahead and plan out their strategy for paid social media advertising.

Let me assure you that organic results will still be with us in years to come. Google will come up with further systems to better deliver relevant content – some will be useful, others (A.I. and RankBrain) may be just that little bit creepy, but for us and our clients SEO, its importance and value ain’t dead yet.

Disregard the doomsayers of SEO, there’s still lots of life in the organic beast yet. You just need a better marketing view and bear relevant keywords in mind but not make them the be all and end all of your SEO strategy.

There’s huge exciting changes ahead for SEO, that’ll keep good SEO’s on their toes and push the bad ones out in 2016. Hopefully the changes to Adwords will also do the same and sort the chaff from the wheat.

What’s your thoughts on the removal of Google Adwords sidebar advertising? Has it affected your PCC campaigns for the better or the worse?