Do We Get Value from Conference Attendance? 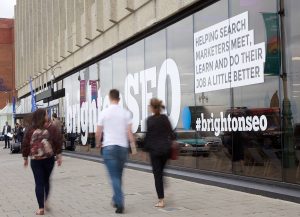 Shortly after returning from my own trip to BrightonSEO, a discussion arose on Facebook about the value of such conferences.  The central question asked is whether a well-informed professional can (or even should) be able to learn much from the presentations?  Shouldn’t any top-notch professional already be on top of things far sooner than they can be written up and put into a presentation for the general population?

This is far from the first time this topic of discussion, and the main premises thereof, have arisen.  Variations arise almost any time that the cost or value of conferences are discussed.  Essentially, the discussion calls into question whether the conferences are worthwhile, or whether SEO professionals who find them worthwhile are really offering the expertise they should.

I myself am generally a believer and supporter of conferences.  I’ve been a speaker at most of the ones of note in the UK, starting with the Search Engine Strategies Conference in London when it was pretty much the only event of its kind, well over a decade ago.  I’m not the primary target audience for them, of course, though most like to boast of having many attendees of my experience (and following).

On the flip-side of that, I go to far fewer such conferences than the majority of my peers. The conferences offer value to me as an individual, keeping me in touch with so many of those in my network, and sharing a few tips and insights over drinks.  On the purely business side, however, the conferences don’t tend to be a major driver of any leads or work for me, and are far harder to quantify value for, or from, as a key member of an agency.

Naturally, my position and perspective are somewhat different to the majority.  I have the chance to network (or chat privately) with other top tier professionals in SEO and digital marketing anytime I like.  I’m also both very widely and deeply experienced, and consistently learning, testing, and developing my knowledge and skills.  Not everyone is in such a position to have the amount of time that takes, or the ability to demand it.

So, while the rare few like myself may not gain much new from the presentations, and have some alternatives to the direct networking the conferences give in spades, I think that for most people, the value of conferences is very high indeed.  This is no accident.  No more than having well over 3,500 attendees for BrightonSEO is an ‘accident’.  The conferences only work if they provide not only value, but enough value that even with the price of attendance, travel, accommodation, and time off paid work, they are still an easy decision.

A conference has to appeal to the majority of its audience.  That majority will (by the sheer natural mathematics of averages and majorities), not be all cutting-edge superstars with impressive research set-ups and years of experience through which to filter all that research.  The majority will tend to be just that – the innumerable people who work in and for agencies rather than run them.  The SEOs working away in-house on a specific vertical.  The vast majority of folk in our industry who work hard and long on the paying stuff, and don’t have the luxuries of the ‘rockstars’.  The guys who buy the tickets, and whom the many sponsors of conferences want to reach.

Keeping those majority informed is what gives enough value to the ‘thought leaders’ and ‘rockstars’ of the industry.  It’s the position of privilege and responsibility that persons like myself feel honoured to be given.  We talk a lot about ‘paying it forward’ in this industry.  Turning up to a conference to answer the questions of others is a part of that.

Personally, I don’t attend that many conferences, and none of them the ones that require a full day of travel each way, jet-lag, and all the other hidden costs of attendance.  The ease of webinars, and the wealth of alternative ways to network or communicate certainly play a part.  But I deeply value every single conference and event that I attend. 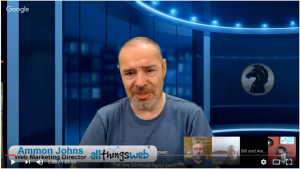 It isn’t just to ‘be seen to be there’, as frankly my chosen profession gives me ample opportunities to be ‘visible’ and do the old ‘personal branding’ stuff.  It’s the personal side of conversations that only happen over beers (or spirits) and face to face.  It’s the privately swapped anecdotal stories relating to campaigns.  It’s the chance to be met by people who’ve actually looked forward to meeting you sometime.  The immense camaraderie comes as a huge (but invaluable) bonus.

The free drinks don’t exactly hurt either (until the morning after).