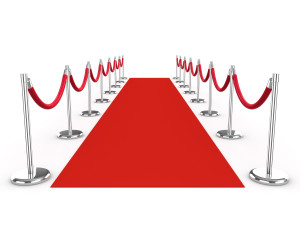 Some of the UK’s wealthiest and well known people started off as an apprentice. Some more successful than others, but none the less, they now all have very grand lifestyles.

I’ve pulled together a list of celebrities who in my opinion have the most interesting apprenticeship stories. Which one’s your favourite?

Many people my age will remember Jamie Oliver as the man that made us eat fruit during playtime at school. However, this famous British celebrity chef actually wrote numerous ‘best seller’ cookbooks, starred in a crazy amount of TV shows and adverts, as well as proudly owning chains of restaurants worldwide. But where did he start?

After spending his childhood in a pub, Jamie left school at 16 with two GCSE’s and went apprenticing all over London in various restaurants.

Formula One fans will definitely know about Ross Brawn. Throughout his career, Ross has worked for a number of F1 teams as a motorsport engineer and team principal. He was the proud owner of the Brawn GP team that went on to be a Formula 1 world championship winning motor racing team.

But of course he didn’t jump straight to the peak of his career. In 1971, Ross Brawn was taken on as a mechanical craft apprentice where he qualified as an instrument mechanic. After that, he became a milling machine operator and after impressing his employers his career was on its way.

Many years later, Ross held a range of significant jobs within the Formula One world. In 2009, Mercedes-Benz brought out the Brawn GP team reportedly worth £110m, taking Ross into a very comfortable retirement in 2014.

Whether for his Calvin Klein shoots or his extremely successful football career, we all know who David Beckham is.  Most famously known for playing for Manchester United and England, Beckham is the first English player to win league titles in four different countries.

As the name of this article suggests, David Beckham didn’t jump straight out of school to a place at ‘Man U’… or did he?  On his 14th birthday, Beckham signed for a Youth Training Scheme at Manchester United during which he started to craft his extremely successful career.

Beckham is worth as estimated £210 million and has now retired from football. With money not being an issue, David Beckham has thrown himself into a variety of projects, both charitable and commercial as well as being a brand ambassador for large companies such as Adidas.

Regarded as one of the biggest cultural icons of the 20th century, the king of rock and roll kick started his career as an electrician.

“I was training to be an electrician,” he once said, “I suppose I got wired the wrong way round somewhere along the line.” (Source: The Telegraph)

. He became an apprentice for Crown Electric as a back-up plan if his singing career didn’t work out. Six months later he recorded his first song and his electrical career took a back seat.  The rest is history.

It is estimated that he has had record sales of around 600 million units worldwide. Unfortunately Elvis Presley passed away in 1977 but his legend lives on

Alan left school at the young age of 15 to work as an apprentice gardener with Ilkley Council until he was 18. At that point, he went back to college to study a City and Guilds in horticulture. Alan left his job as a supervisor in 1974 to pursue a career in gardening journalism.

Alan is now the author of dozens of books, both fictional and non-fiction, as well as appearing in countless TV programmes. He even became the Chancellor of Winchester University in 2014.

Today you can get an apprenticeship in nearly anything – childcare, beauty, health and social care, management – the list is endless. Whether these celebrities completed their apprenticeships or not, it’s undeniable that they gave them a platform to start from.

If you’re interested in taking on an apprentice, and would like to hear first-hand how it has benefited our business the team at All Things Web® are always happy to have a coffee and talk about our experiences.  Just give us a call on 01793 766 040.