5 Apps That Changed the Way We Use Our Smartphones 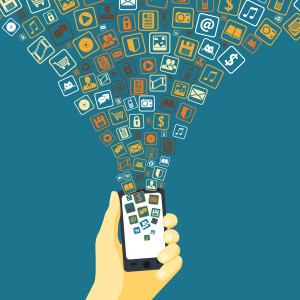 Smartphones have become a massive part of our day-to-day lives, with the average person checking their device 85 times a day (except me when I’m at work). With over 1.6 million apps on Google Play for Android and 1.5 million on Apple’s App Store for IOS devices, I’ve taken a look at the top 5  apps that have revolutionised the way we use our smartphones. 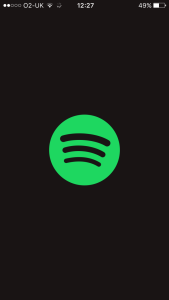 Spotify effectively changed the way we listen to music, claiming praise and criticism from the industry. Founded in 2006 and now said to be worth in the region of £5.5b offering 75 million users access to 30m songs. The app works by negotiating with record companies to acquire licensing for their music in exchange for revenue, allowing them to offer music at a lower rate than all its competitors.

Spotify has received its fair share of criticism since it became a must have app; many musicians feel they are being hard done by as they receive less money than they would through album sales, and some major artists such as Adele and Taylor Swift have refused to have their music available on Spotify. 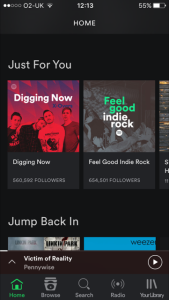 How Did Spotify Change the Way We Use Smartphone’s

Spotify made it possible to listen to millions of different tracks on the go from our smartphones at an affordable price, in making music so readily available it significantly reduced the amount of music that was being illegally sourced.

Some of Spotify’s most loved features include weekly recommendations for songs based on your taste and playlists available for almost every genre.

It assisted in the fall of the pirate music industry. 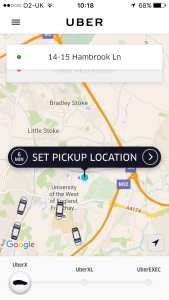 Unless you have been off the grid for the past 2 years you’ve probably heard of Uber. Every young person’s saviour after a night out, every taxi drivers pet  hate and the epitome of integration between transport and technology. The idea came in 2008 when founders Travis Kalanick and Garrett Camp had trouble hailing a cab on a rainy night in France, starting off as a premium service in a few metropolitan areas Uber now operate in 450 cities and in late 2015 completed 1billion rides.

Uber has received criticism from transport agencies and taxi companies, this is owed to the fact that drivers do not have to pay the same fees regular cabbies do, owing to the fact that Uber drivers operate from their own cars there has also been press coverage about unsafe driving and the lack of knowledge of their local area. 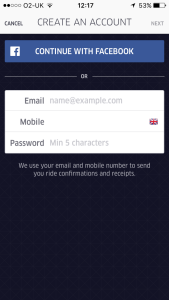 ow Did Uber Change the Way We Use Smartphone’s

The beauty of Uber is the simplicity and convenience, download the app, make an account, request a car, an available driver will then pick you up, and then you pay on a pre-authorised card or PayPal account – meaning no hidden fees, overcharging or customers running from fares. It has become a must have for every regular commuter and allows people to have a taxi with them at the touch of a button.

It takes just a few minutes to get set up on Uber, the process can be sped up further by using your Facebook account.

You can find a taxi when you need one! 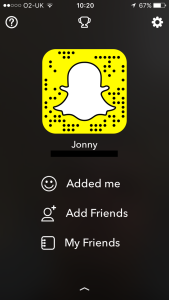 Sometimes the flawless memory of the internet can cause trouble, Snapchat was developed by 3 undergrads and launched in 2011 – it owes its success largely to the fact that pictures called ‘snaps’  sent ‘self-destruct’ after a set amount of time chosen by the sender. It now sees over 400 million snaps shared between 100 million daily active users. Many replicas of this app were made including one by Facebook; however Snapchat prevailed and still remains one of the most popular apps amongst millennials. Snapchat recently monetized their service by allowing organisations to advertise news articles through their ‘stories’ feature, as well as allowing custom filters for snaps.

There are a few security concerns that still surround Snapchat including third party apps that can save snaps without the sender being notified, however Snapchat has vowed to clamp down on these. 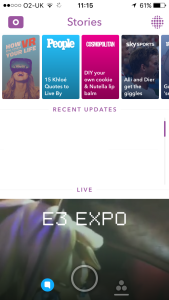 Many businesses began to use Snapchat as a way to reach millions of fans and recently Jess wrote an article on a brief guide to using Snapchat, including ways that it can be incorporated into a business’ marketing strategy.

How Did Snapchat Change the Way We Use Smartphones?

By opening up a new form of social interaction – incorporating the ‘self-destruct’ feature users were able to send a photograph in the knowledge that the picture would not be available once the recipient had seen it – allowing for realtime picture and video exchanges without the embarrassment coming back to haunt them for years.

We can send ugly pictures without consequence. 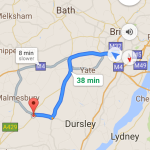 The runner up, Google Maps

The days of perching an oversized expensive GPS on your car dashboard are over, amongst the host of apps that double up as GPS’ Google Maps has always been prominent due to its reliability, real-time traffic updates and the inclusion of routes for walking, cycling and public transport.

All Apple devices come with a built in version of ‘Maps’ however many people prefer its Google counterpart – try them both for free and see which you prefer.

ow Did Google Maps Change the Way We Use Smartphones?Google Maps effectively turned yourSmartphone into a fully functional GPS, with the same or arguably better features than GPS models that can cost you £100’s, including many of them requiring purchases of new ‘road packs’ when travelling abroad.

Google Maps have recently incorporated a feature which suggests places to eat and drink around you – providing even more convenience when travelling.

We don’t get lost anymore! 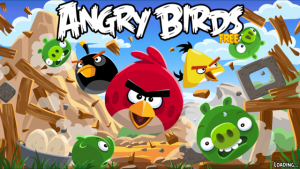 d the winner is……. Angry Birds?

If you’re surprised to see Angry Birds at the top of the list, let me explain – although it may not have been one of the most life-changing apps, it represents a change in the way people used their smartphones, for gaming. Angry Birds redefined smartphone gaming and set the bar for future developers.

Released in 2009 and now the most downloaded game on the App Store, its success has resulted in the creation of animated films, TV shows and even its own theme park in Finland 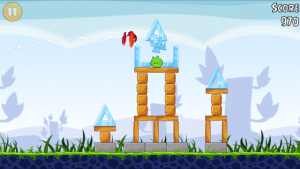 ow Did Angry Birds Change the Way We Use Smartphones?

App Store sales for games were particularly low at the time of the Angry Birds release, they introduced a game that could be played for hours, it was a must have at the time and changed the way we use our smartphones.

We can use it to kill time (and evil pigs) before getting back onto a real games console.

What’s Next For Smartphone Apps?

Although there is no measure of what delights we have to come in the world of phone applications, latest developments have incorporated virtual and augmented reality technologies. Exciting times lay ahead, we look forward to many more innovative apps in the future.

If you have any questions regarding the use of phone applications in your marketing strategy, give our friendly team a call on 01793 766040.